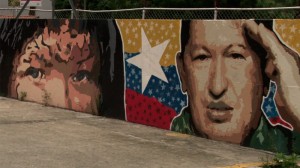 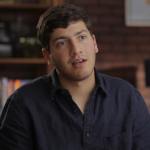 From 2006 to 2011, Roberto Patiño studied at Universidad Simon Bolivar graduating with a degree in Manufacturing Engineering.  During his studies, he was chosen through democratic elections as President of the Student Federation in the periods 2008-2009 and 2009-2010. From this position, he was part of the Student Movement leadership that defended the Venezuelan Constitution against the government’s abuses.

In order to promote democracy in his country, along with a group of students, he founded an NGO called VotoJoven, which promotes voter registration amongst the youth, continuous participation, and monitoring of electoral processes.  In 2010 they achieved striking results with the registration of more than 750,000 new voters in the system.

He later developed JoTA (Jovenes Trabajando Aqui), a grassroots initiative creating a public policy proposal based on the compilation of the needs and aspirations of Venezuela’s young population. JoTA’s objective is to give young people tangible reasons to vote.

Roberto is currently the national coordinator of the youth opposition force in Venezuela. 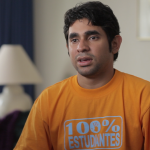 Roderick Navarro was born August 28, 1987 in Caracas.  He attended the kindergarden “La Fundación del Niño,” a government established school for disadvantaged children, and later Ciudad Fajardo School in Guarenas.  From 4th to 6th grade, he represented his school as a member of the “Sociedad Bolivariana.”  He was in 9th grade at the high school “Nuestra Señora del Camino,” during the 2002 strike of the government and was a student leader at the school.

After graduating in 2004, he attended Universidad Central de Venezuela studying Modern Languages, but struggled to balance study with his work commitments. In 2007, he joined the Student Movement and, in 2008, he established the FENEEM (federación nacional de estudiantes de educación media).  In 2009, he was elected as the President of the Federación de Centros Universitarios of my university, the oldest and most important in the history of Venezuela.

In 2010, he was part of the project VotoJoven with Roberto Patiño.  In 2011, he was part of #OperacionLibertad with Lorent Saleh, fighting for the respect of HHRR and the liberation of political prisoners in Venezuela.  Currently, he is part of the Political Party UNT, which he joined in 2008, is writing about democracy doctrine, democracy in Latin America, and is in the middle of political science studies at the Universidad Central de Venezuela.

He fights for the democracy, justice and the respect of HHRR. 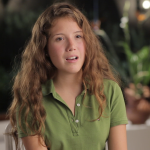 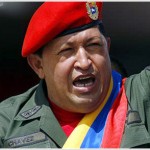 Hugo Chávez (in archive footage) is the 61st and current President of Venezuela, having held that position since 1999, and one of the most visible, vocal and controversial leaders in Latin America.  He was formerly the leader of the Fifth Republic Movement political party from its foundation in 1997 until 2007, when he became the leader of the United Socialist Party of Venezuela (PSUV).  Following his own political ideology of Bolivarianism and “Socialism for the 21st Century,” he has focused on implementing socialist reforms in the country as a part of a social project known as the Bolivarian Revolution, which has seen the implementation of a new constitution, participatory democratic councils and the nationalization of several key industries.

The former army paratrooper first came to prominence as a leader of a failed coup in 1992.
Six years later, he caused a seismic shift in Venezuelan politics, riding a wave of popular outrage at the traditional political elite to win the presidency.   Since then, Mr Chavez has won a series of elections and referendums, including one on changing the constitution to allow unlimited presidential terms.

Born into a working class family in Sabaneta, Barinas, Chávez became a career military officer.  After becoming dissatisfied with the Venezuelan puntofijismo political system, which he viewed as corrupt and undemocratic, he founded the secretive Revolutionary Bolivarian Movement-200 (MBR-200) in the early 1980s to work towards overthrowing it.  After the Democratic Action government of President Carlos Andrés Pérez ordered the violent repression of protests against spending cuts, Chávez led the MBR-200 in an unsuccessful coup d’état against the government in 1992, for which he was imprisoned.

Getting out of prison after two years, he founded a social democratic political party, the Fifth Republic Movement, and was elected president of Venezuela in 1998.  He subsequently introduced a new constitution, which increased rights for marginalized groups and altered the structure of Venezuelan government, and was re-elected in 2000.  During his second presidential term, he introduced a system of Bolivarian Missions, Communal Councils and worker-managed cooperatives, as well as a program of land reform, whilst also nationalizing various key industries.  The opposition movement meanwhile, arguing that he was a populist who was eroding representative democracy and becoming increasingly authoritative, attempted to remove him from power both through an unsuccessful military coup in 2002 and a recall referendum in 2004.  In 2005, he openly proclaimed his adherence to socialism, and was again elected into power in 2006, following which he founded his new political party, the PSUV, in 2007.  Although suffering from cancer in 2011, Chávez has stated his intention to stand for re-election in 2012.

A self-professed anti-imperialist and vocal critic of neoliberalism and capitalism more generally, Chávez has been a prominent opponent of the United States’ foreign policy.  Allying himself strongly with the socialist governments of Fidel and then Raúl Castro in Cuba, Evo Morales in Bolivia, Rafael Correa in Ecuador and Daniel Ortega in Nicaragua, his presidency is seen as a part of the leftist “pink tide” sweeping Latin America.  He has supported Latin American and Caribbean cooperation and was instrumental in setting up the pan-regional Union of South American Nations, the Bolivarian Alliance for the Americas, the Bank of the South, and the regional television network TeleSur.  His supporters say he speaks for the poor; his critics say he has become increasingly autocratic.

A highly controversial and divisive figure both at home and abroad, his political influence in Latin America led Time magazine to include him among their list of the world’s 100 most influential people in both 2005 and 2006. 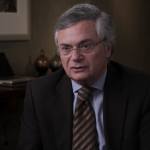 In April 2011 he was awarded the Ortega y Gasset prize, the most prestigious award  in Spanish journalism.

Naím was named “most outstanding professional” thanks to his “independence” and the “enormous strength and analytical capability” of his weekly columns which, according to the jury are “an essential reference in the Spanish language.”

Naím has written extensively on international economics and global politics, economic development and the unintended consequences of globalization.  He has authored or edited numerous books and his Illicit: How Smugglers Traffickers and Copycats are Hijacking the Global Economy, was published in 14  languages and was selected by the Washington Post as one of the best books of the year.  A National Geographic/PBS documentary film based on Illicit won a 2009 Emmy award.

Naím’s weekly column is also published by La Repubblica and L’Espresso in Italy, Slate France, Adevarul in Romania and by all leading newspapers in Latin America.  Naím’s articles have also appeared in The New York Times, The Financial Times, The Washington Post, Newsweek, Time, Foreign Policy and Foreign Affairs. He is a frequent speaker at major international conferences, including, since 1990, as a featured speaker in the Davos annual meetings of the World Economic Forum.

Before joining the Carnegie Endowment, Naím was the Editor in Chief of Foreign Policy magazine.  Under his fourteen-year leadership, the magazine was re-launched, won the National Magazine award for General Excellence three times and became one of the world’s most influential publications in international affairs.

Naím’s public service includes his tenure as Venezuela’s Minister of Trade and Industry in the early 1990s, Director of Venezuela’s Central Bank and Executive Director of the World Bank.  His academic work includes positions as professor of business and economics and dean of the Venezuela’s main business school, the Instituto de Estudios Superiores de Administración (IESA) in Caracas, and as a guest lecturer in many universities in the United States and Europe.

Moisés Naím is the Chairman of the Board of both the Group of Fifty (G-50), and Population Action International and a member of the  board of directors of the National Endowment for Democracy and the International Crisis Group.

Naím holds a Ph.D. and a master’s degree from the Massachusetts Institute of Technology. 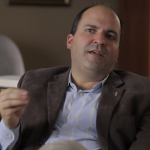 Carlos Ponce is the founder and director of Consorcio Desarrollo y Justicia and several other not-for-profit human rights, democracy and social development organizations in Latin America.

He has been advisor to more than 47 NGO’s in Latin America, the Caribbean and the US since 1992.   Ponce is currently promoting the creation of an effective Latin American and Caribbean Network for Democracy.

In 2003, Ponce received a Fulbright Scholar Award.    Ponce has extensively researched, analyzed and written about the phenomena of Latin American political behavior.

Ponce has been promoting human rights and democracy for more than 20 years and has written bills that have been enacted into law in Venezuela. 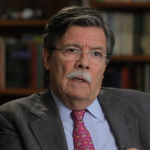 Marcel Granier is a Venezuelan businessperson.  He is the President and CEO of Empresas 1BC and the General Director of Radio Caracas Televisión (RCTV), which until becoming a cable TV-channel on May 27, 2007, was the most watched television channel in Venezuela.

He attended law school and later married Dorothy Phelps Tovar, the granddaughter of the founder of Empresas 1BC and Radio Caracas Radio, William Henry Phelps.    In 1969, Granier quit practicing law and became a director at RCTV, moving up the ranks to his current position.  On November 10, 1976, he began hosting Primer Plano, a controversial talk show that has aired off and on throughout the years, with the most recent show airing on November 30, 2006.