Students, colleagues and friends of the documentary’s inspiration and Executive Producer, Larry Diamond and benefactor, Prince Moulay Hicham, were treated to a “sneak peek” at the film prior to it’s exhibition in festivals and in theaters, planned for later this year.  Writer/Director/Producer Ben Moses was on hand as well, and the three answered numerous insightful questions in the Q&A held after the screening.  Audience response was very strong and positive, which the filmmakers found inspiring. 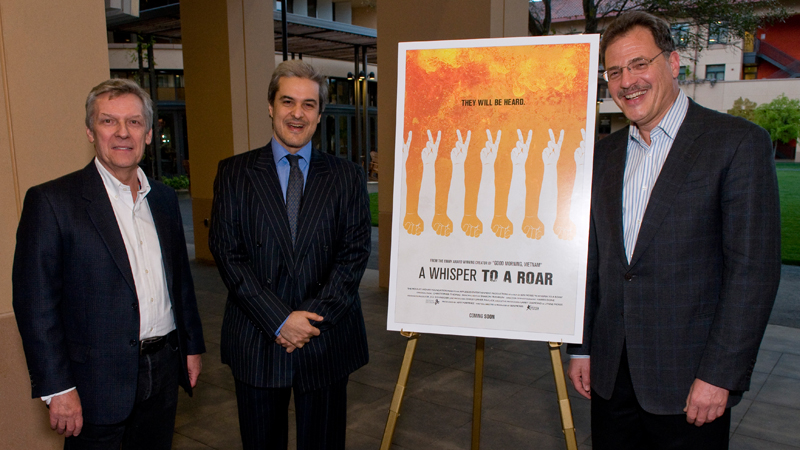